Founded by the Celtic Insubres around 600BC, Milan became Roman in 222BC and was made capital of the Western Roman Empire in year 286, under the rule of emperor Diocletian. Our Historical Milan Walking Tour will guide you through centuries of glorious Roman history hidden beneath the modern city, and through its development into a key centre of Christianity.

San Lorenzo and the Roman Columns

Ideal start are the 16 Roman columns in a row, displayed in front of the Church of San Lorenzo: a real landmark of the Roman Milan, dating from the 3rd century. The church itself is a treasure trove, starting with the enormous blocks taken from earlier roman sites that make its foundation, visible beneath the octagonal Chapel of Saint Aquilino, and the chapel itself, with its precious Paleochristian golden mosaics.

The remains of the Imperial Palace

A walk through the scenic hidden streets and back roads of the old city will lead to the remains of the Imperial Palace, found during excavations of a WWII bomb site. You’ll be amazed to discover how Milan is able to combine the old and the new in this beautiful corner, where Roman ruins lie beside a Medieval tower, surrounded by the newest luxury condos…

More about the Roman legacy in Milan is to be revealed… Next to the 3rd century Roman walls and still preserving a square tower of the lost Roman Hippodrome, the former convent of San Maurizio al Monastero Maggiore will conclude the tour and bring you back to modern times. Renovated during the Renaissance, behind its unfinished, and honestly unactractive façade, it hides the most surprising cycle of frescoes to be found in the city, from Leonardo’s most talented disciple: Bernardino Luini. A real must-see!

This tour could also include the entrance to the Last Supper, according to tickets availability or the visit to the Archaeological Museum.
To find out more and book your tour, just write to us an e-mail at emanuela@acantomilano.it or give us a call at +39.339.7807759 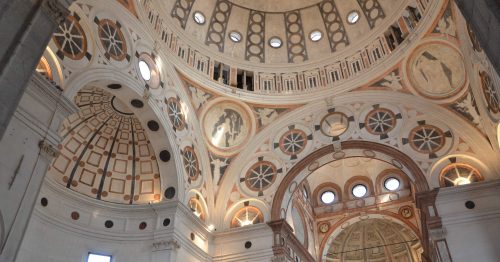 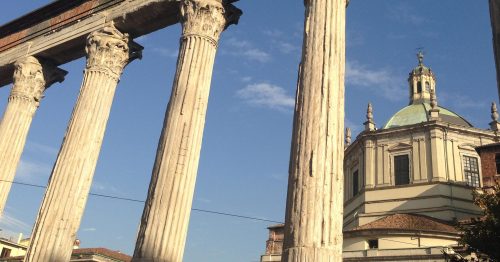 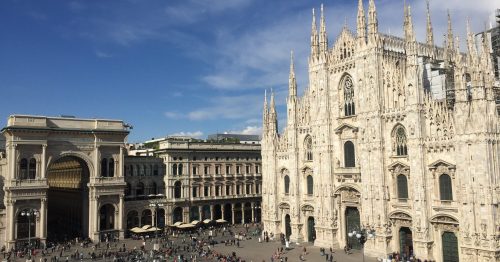 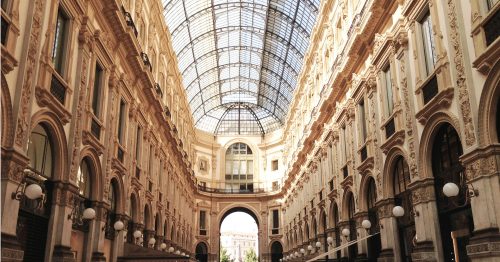